Immigrant families cannot wait until 2019 legislative session for protection. It is time for Governor Cuomo to use his executive power to allow undocumented New Yorkers to obtain a standard driver’s license, register and insure their vehicles, and drive safely without fear that simple traffic violation will put them in the crosshairs of President Trump’s anti-immigrant agenda.

In recent weeks our country has witnessed an escalation in the Trump Administration’s full-force assault on immigrant communities at the border and at home. Our communities are facing the reality of heightened and inhumane immigration enforcement and no one feels safe. ICE, Border Patrol and local police departments have created chaos in our neighborhoods, courts, schools, and workplaces. Children are afraid that their parents may not come home after work or that ICE might break into their house.

Despite the growing support at the community level, the New York Senate and Assembly failed to pass the Driver’s License Access and Privacy Act (A.10273/S.08680) in the 2018 legislative session. For this reason, we are calling on you to be true to your commitment to do everything in your power to stand up to the Trump Administration and protect New York’s immigrant and refugee families immediately.

A driver’s license is the most effective protection for many in our communities. In most areas of the state where driving is a necessity, driving without a license is extremely risky and every day leads to deportation. New York’s immigrants are frequently profiled by the local police and referred to Immigration and Customs Enforcement (ICE) or Border Patrol (BP) as the result of a simple driving infraction or routine stop. Those living and working along the northern border of our state are especially vulnerable. Having a driver’s license can serve as a shield to protect New York’s immigrants and keeping families together.

We appreciate past measures you have taken for New York to stand in support of immigrant families and against the policies of this administration. In recent weeks, we have seen you take swift executive action on other issues where our legislative bodies have failed. We now ask you to make the New York State standard driver’s license accessible to all state residents regardless of immigration status by issuing an executive order immediately. Immigrant families cannot wait until 2019 legislative session for protection. 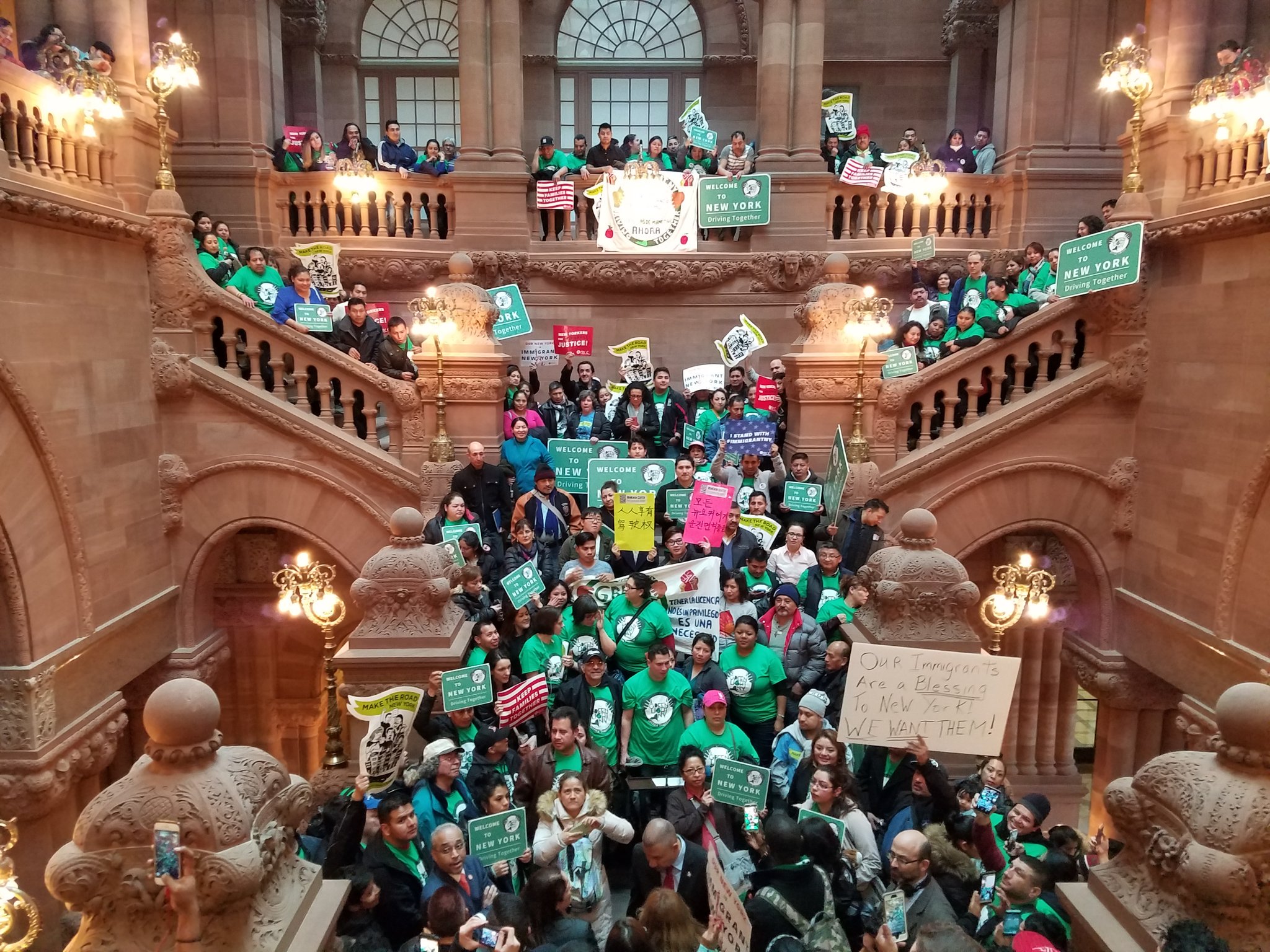 This petition and campaign is led by The Green Light NY: Driving Together Coalition, representing dozens of immigrant base-building organizations and their allies across the state. For the past two years the coalition has been advocating for legislation that would restore access to driver’s licenses for undocumented New Yorkers, but the legislature has failed to act and will not consider the issue until the 2019 legislative session. This is why our coalition is calling on Governor Cuomo to use his executive power to allow undocumented New Yorkers to obtain a standard driver’s license, register and insure their vehicles, and drive safely without fear that simple traffic violation will put them in the crosshairs of President Trump’s anti-immigrant agenda.

If you would like your organization to endorse the Green Light Campaign, please fill out our campaign sign-on letter HERE